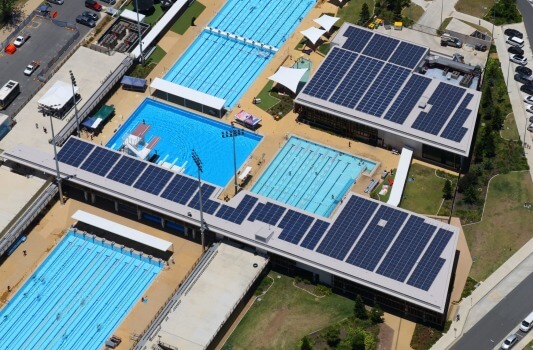 The Gold Coast Aquatic centre is a world-class swimming facility located in Southport.

The system comprises of more than 1100 panels and is estimated to generate $100,000 worth of power per year therefore saving rate payers.

Mayor Tom Tate unveiled the new solar PV system. “We are well into our program of energy saving initiatives to tackle ever facet of our energy consumption, and drive home savings for the ratepayer. Our annual electricity expenditure has almost doubled over the past 10 years and we need to reduce our reliance on the current system by investing in alternative energy sources. My wish is that other countries and territories take this idea and have green and affordable energy as well.” Cr Tate added.

Dynalec commenced the 312kW installation in October and took just under 2 months to complete. This install represents one of the largest solar arrays installed for the City.

The solar array was split over three rooftops and communications were set up so visitors to the Aquatic Centre can see exactly how much energy is being produced via an LED screen upon entry.

Michael, Dynalec’s commercial installer for this project said “It’s encouraging to see a high-profile site such as the Gold Coast Aquatic Centre set an example for a sustainable path, not only for our city but globally with the exposure the Commonwealth Games will bring.” 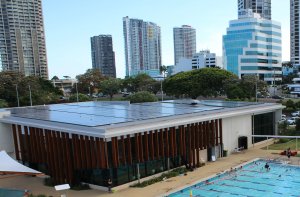 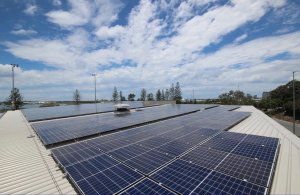 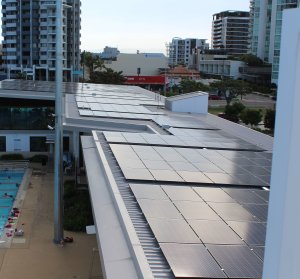